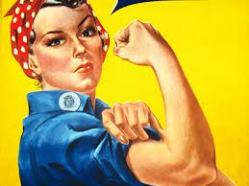 I set the cat among the pigeons with a last minute email (and Facebook post) – well, at about midnight the night before the policy-making conference of Left Unity (LU) in Manchester on 29 March – by suggesting that the women’s quota rule (of at least 50% women) within LU’s constitution had to be scrapped!

I do think that if a decision made at the final Transitional National Council (leadiership body between adopting the constitution on 30 November and electing a new National Council) before the conference had been adhered to – of implementing the quota within the national council as a whole, rather than for the directly elected section and each region independently, it could have led to the ludicrous and highly undemocratic situation where every candidate for the vacant seats in the regions (e.g. 4 in the North West) had to be a woman!

This could have been catastrophic for LU and possibly even led to a split. Rather than simply arguing that quotas are a bad thing, I actually see merits in them, as I point out in the second and third emails included in this post, and the actual outcome is actually good! END_OF_DOCUMENT_TOKEN_TO_BE_REPLACED